A LinkedIn Live series with IT leaders. Save a seat for episode 1 with Colin McCarthy, VP of Global IT, Essense. Register Now

Freshservice Alert Management can automatically create incident tickets from alerts based on Alert Rules. The priority of such incidents is based on the severity of the alerts.

Typically, once the priority of an incident is set, it is changed only manually by agents working on that particular issue. This setup is beneficial for the IT Service Desk.

In Freshservice, an alert is a group of notifications from a common resource and with a common metric. For instance, all notifications regarding SSD CPU Utilization are grouped together to form a single alert, Alert-889. The alert severity starts off as a Warning, then graduates to Critical, and then gets resolved as a notification with OK severity flows in. 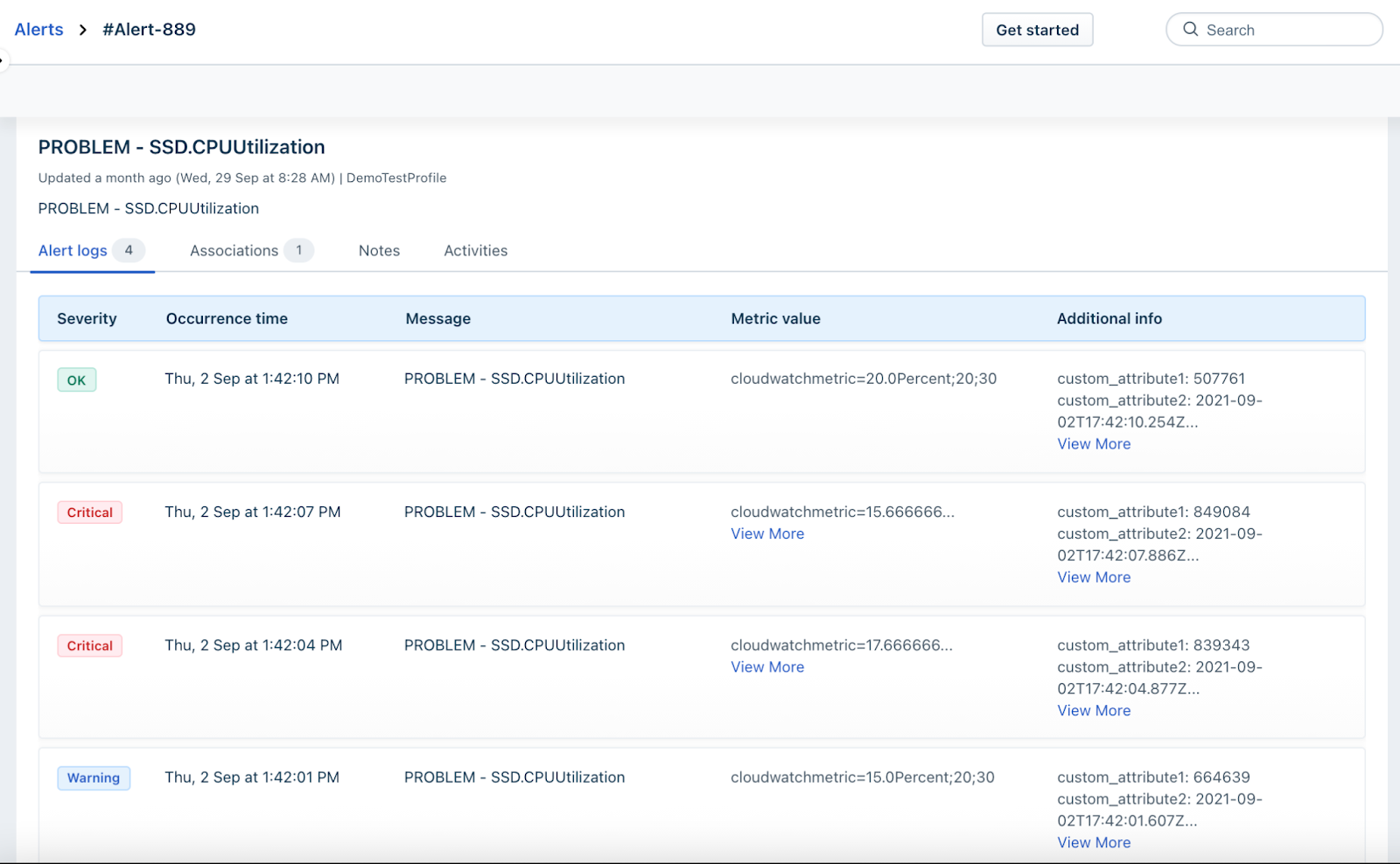 A static incident priority can be misleading

A static priority value can be misleading to teams working to solve an issue. For instance, an incident formed with medium priority with a warning alert, which subsequently turns critical, could lead agents to underestimate the consequences of the incident.

The severity of Alert-889 starts off as a Warning. If, as per the associated Alert Rule, an incident is created, it would be with Medium priority. Later, the alert graduates to Critical severity. However, the priority of the incident remains Medium. This could mislead agents to underestimate the underlying issue.

When Alert Automations is enabled for automatically updating incident priority based on changes in alert severity, Digital Ops teams get a ring-side view into the status of an issue. They are able to prioritize on the fly, and recalibrate their efforts for addressing any issue.

How to enable Alert Automation for updating incident priority based on alert severity?

On the Admin panel, scroll down to the IT Operations Management section, and select Alert Rules. 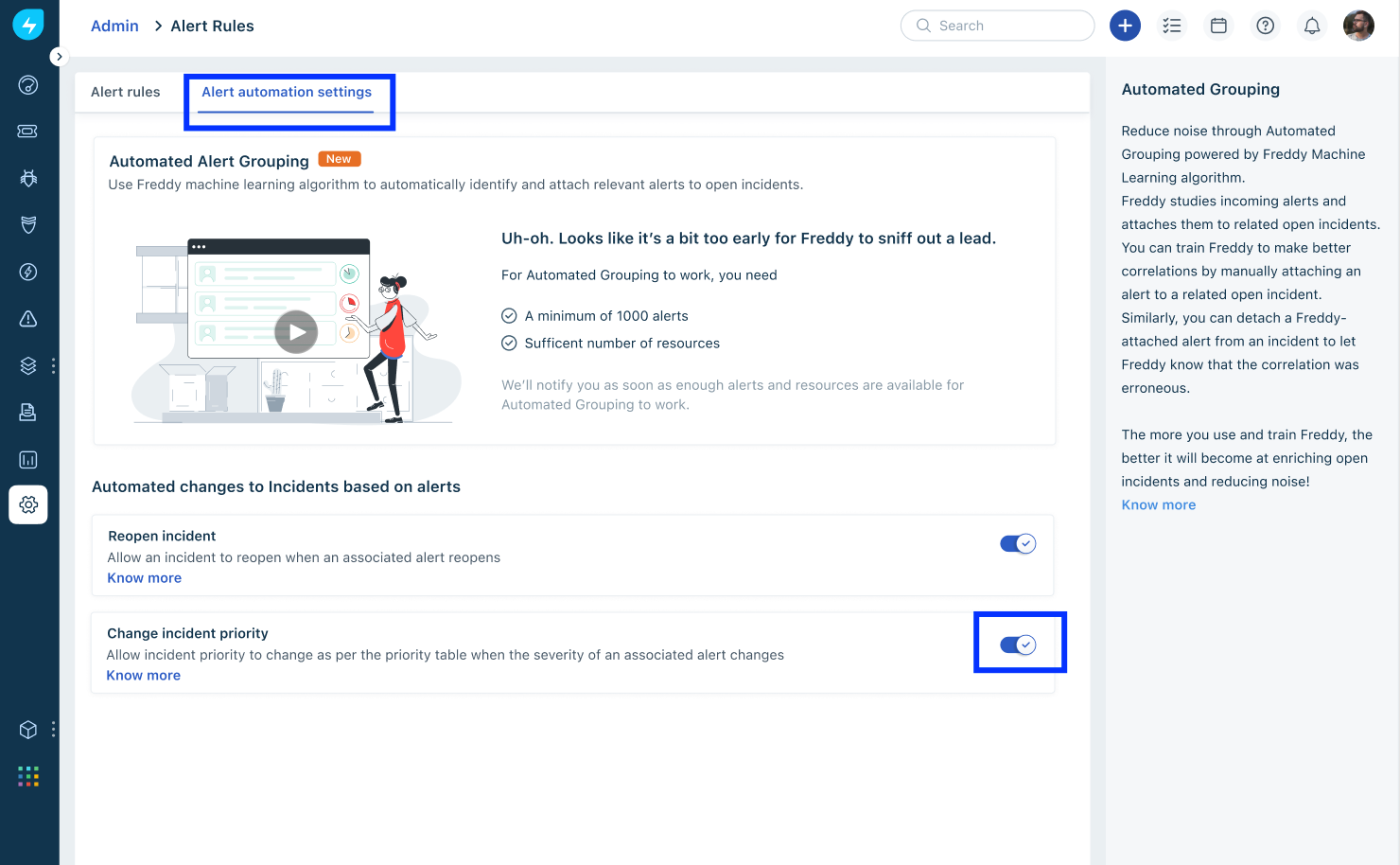