started a topic 3 months ago

Agents who need access to tickets belonging to groups other than their own can now be added as Observers in those groups.

You can now add agents to groups in two modes: 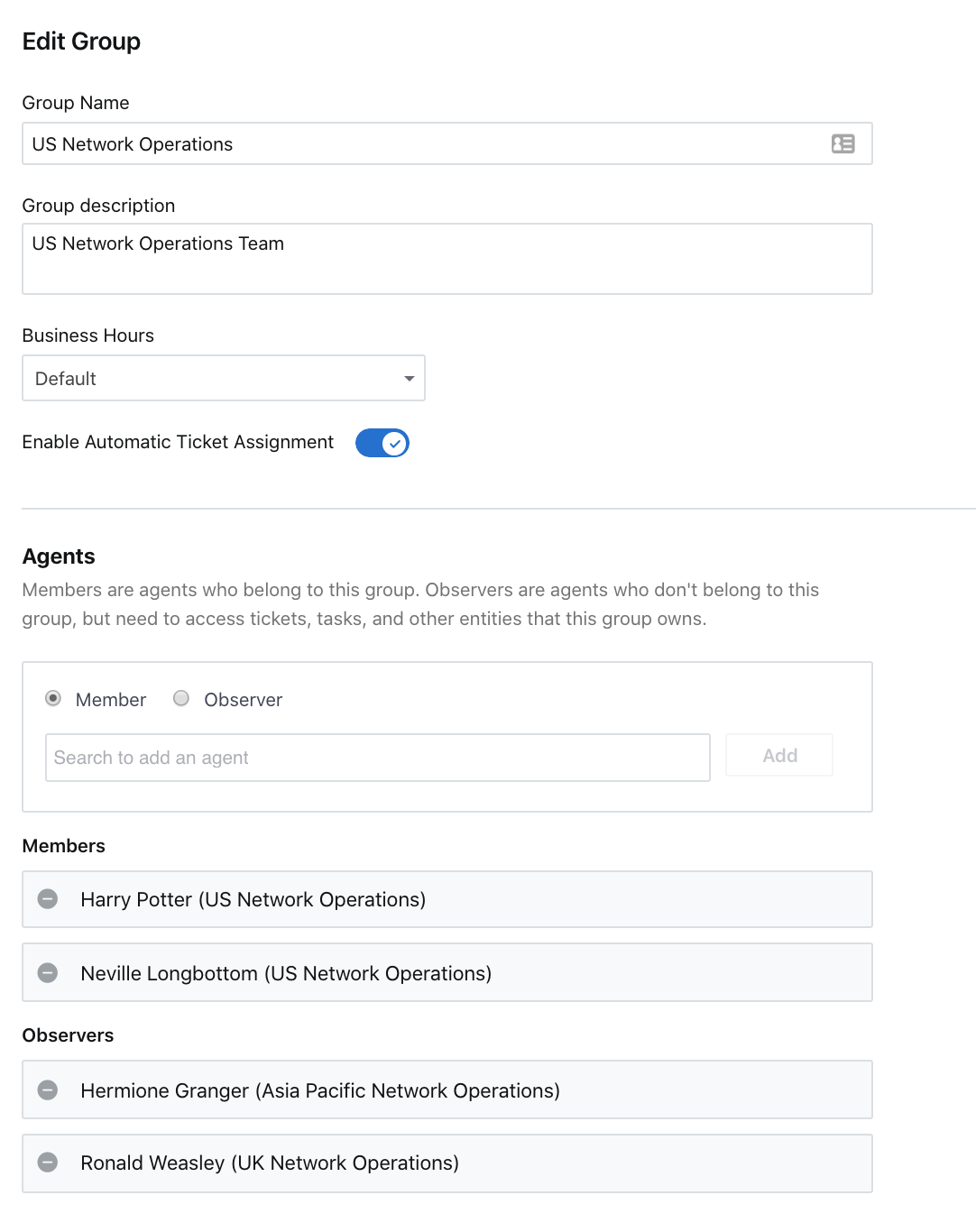 This feature can be used in many scenarios:

This feature will be available on our Forest plan in a few weeks.

Is it possible to have observer roles only?

Could you please explain with an example use case?

Great feature. Thrilled to see this in action as well.

Pity you plan to release only on forest plan. What is planned for Estate customers ?

Will such a feature ever be created for other requesters to view tickets created for a different requester as we have a customer base that generally raise tickets on behalf of somebody else or have the need to track the status of tickets.

It would be great if there could be an option that admins can set for observers receiving group notifications (both browser and email). In our case, we want our call center agents to be able to view tickets assigned to other groups in case someone calls to check on the status of that ticket. However, they don't want to receive all of the notifications associated with all of those other groups.

does an observer use an Agent Seat/license?

use case: Someone who logs in twice a quarter to observe historical tickets but otherwise doesn't use Freshservice. Occasional doesn't work for this as it needs an admin to assign that every time.

This is a good feature that is long overdue. However, if a ticket passes through three groups only the last group to handle it can actually see the ticket within things like search. There should be native ability that if you contributed to the issue, you should be able to see it.

1 person likes this
A

Will this only be available in the forest plan?

Could you please help us understand both those use cases better?

im not peter but we also would like to see the option to open a ticket on behalf of somebody else. we often getting tickets from the secretary of headofs or partners.

this extension would also arouse the need to be able to set before when sending a feedback to whom the feedback should go.

Thanks for the feedback. We'll add this use case to our backlog.