started a topic over 2 years ago

The Microsoft Teams apps for Freshservice send notifications to agents on Teams regarding newly assigned tickets and also regarding updates being made to them. Agents can also now interact with the bot to fetch information regarding tickets and changes to help collaborate in the context of the ticket/change.

Use case 1: IT Agents can now get notified in MS Teams regarding newly assigned incidents. The agents will also be notified about conversations being added to the ticket and also regarding any updates made to the status and priority. Agents can also perform certain quick actions like adding notes/reply on the tickets within the Teams interface.(Mocks below to showcase the interaction) 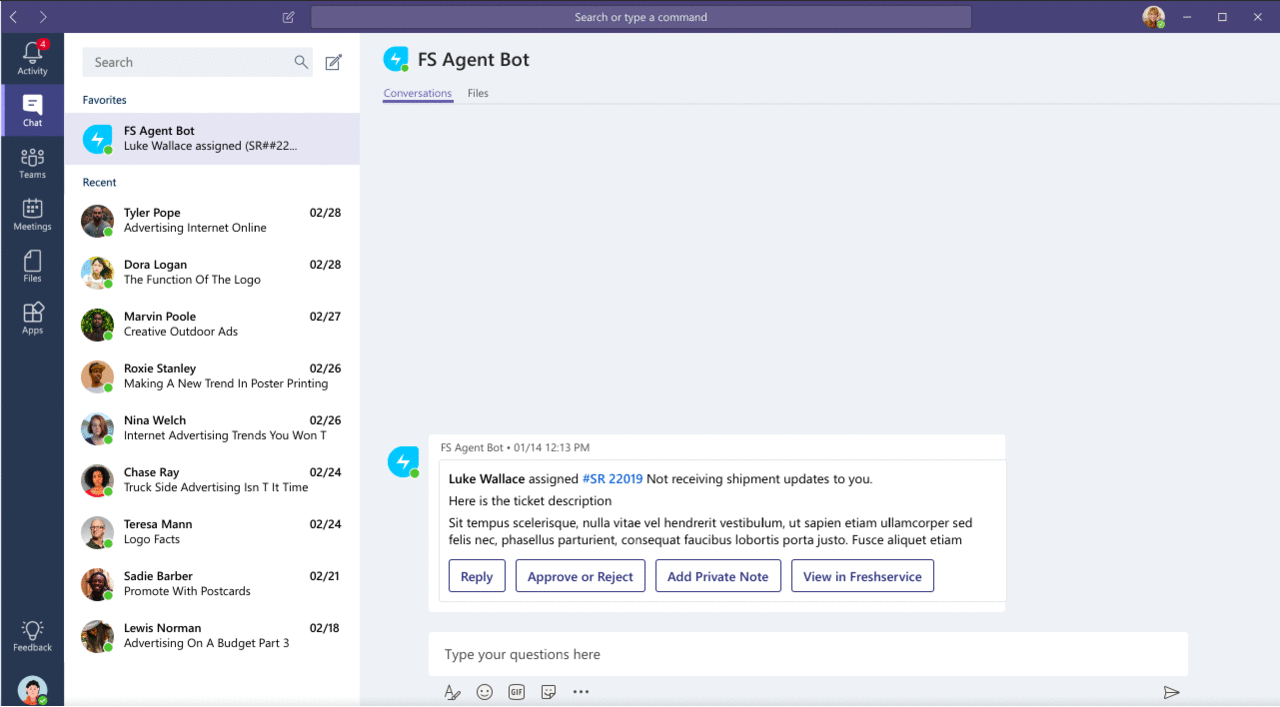 Use case 2: Agents can now interact with the bot (either one to one or can be used inside a team) to fetch contextual information about tickets and changes, collaborate and perform certain quick actions without leaving the Team’s interface. (Mocks below to showcase the interaction) 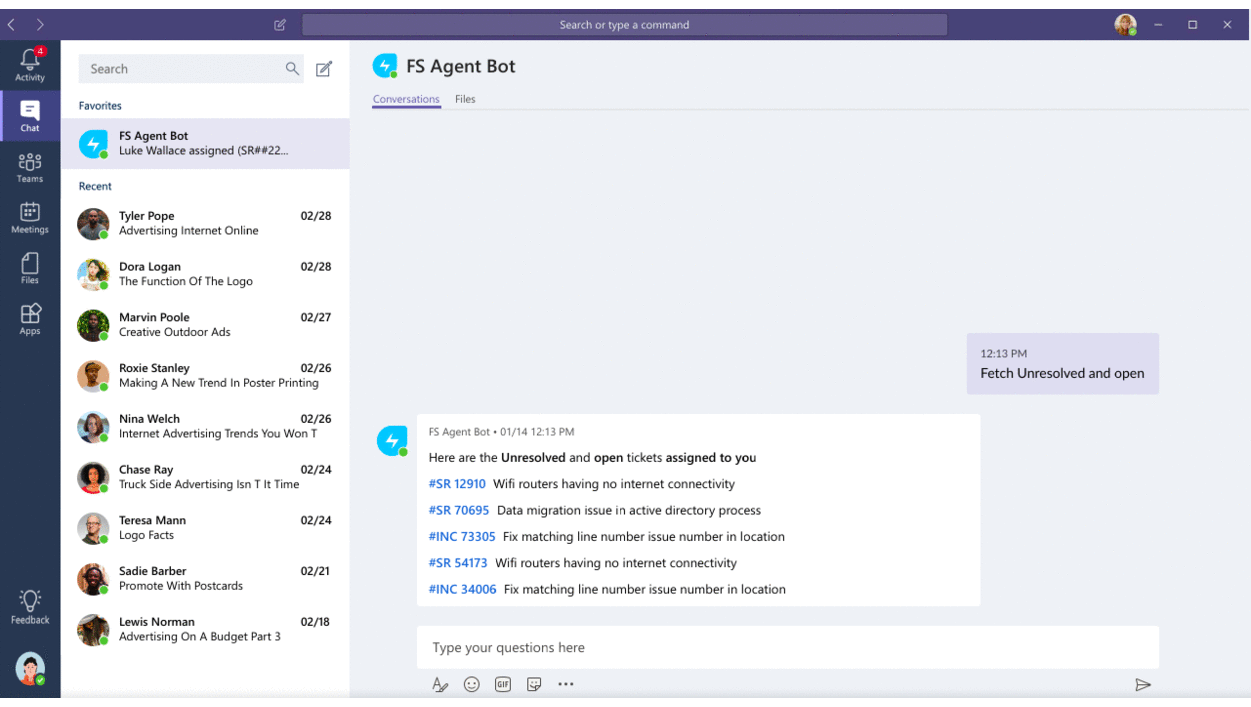 I am getting very good traction with the FS team and working to resolve our issues with the app. There is a lot it can do though for us, it's not doing it just yet. We seem to have an issue at the Channel level in Teams. Our core requirement is that if a customer replies via email to an email sent out by FS, that email is intercepted by the ServiceBot and sent to the right channel for the Group that owns the ticket. Our Associate command just does not seem to be working. We'll also be looking at the new agent FS has released for Teams and what that can do for the customer as they come up to speed with Teams as well.

So the FS engineers are interested in what is happening in this space.

I ran into the same issue. Turns out it's the way private Teams channels work.

Each private channel is considered its own isolated site on SharePoint. This means that the bot cannot even see the channel.

The invocations/tags need to be in a public channel. The best solution for this in the use case I believe we both have is to create separate Teams for these groups, not channels.

There might be a way to pull this off on our own.

MS Teams works off of Sharepoint so we might be able to pull the messages in subject/body format and append the helpdesk email to it.

Have the recipient's email labelled as the channel's email (they all have one), and it might hold a thread properly.

Combine this with Information Barriers capability in teams, and you have a new support channel